Cheltenham is a thriving town, that has long been a place for fun and leisure. Starting life as a humble market town in the Anglo Saxon era, Cheltenham was changed completely when the spa waters were discovered in 1716. Pigeons pecking at an area in a farmers field led to this huge discovery, as the mineral deposits that they were pecking at turned out to be from the spa beneath. For this reason, pigeons are on the towns crest. 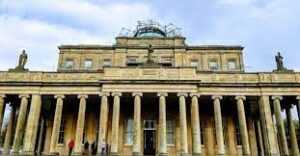 Spa waters were incredibly fashionable with the wealthy members of society during this period, and news soon started to spread of this important discovery. People started to arrive to visit the town to sample the waters which were credited with special healing powers.

Because of this sudden interest, new buildings started to be built to support the new tourists arriving to the town. The town and its healing waters soon became so popular that King George III even visited, during a bout of ill health seeking healing from the spa waters.

Because the town was an attraction to wealthy members of high society and the aristocracy, it soon became a social hub – many of the beautiful regency buildings in Cheltenham were built to accommodate the balls and fayres that were held in the town. 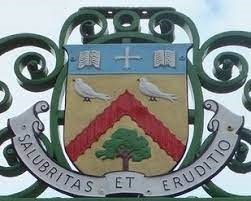 The town today is still a thriving social town – with many local businesses like these architects near Cheltenham as well as a buzzing social scene and of course the many famous festivals that the town hosts every year.