Despite its size, Ripon is a city. It is known for 3 distinctive features. The first is its famous racecourse and the second is the cathedral. The third is that it is the 3rd smallest city in the UK.  This cathedral gives Ripon its city status and its tale is the usual story of battles and changing hands. There are plenty of things to do in Ripon. Check out www.localthingstodo.co.uk/locations/things-to-do-in-ripon/ so that you can get a good idea of what’s there.

Ripon is at the crossroads of 3 major rivers, the Ure, the Laver and the Skell. This immediately puts it in a place of great strategic value. The Anglo-Saxons knew this and they made it the site of a great Church. This would go on to become the start of the cathedral that we know today. The Vikings who invaded in the 800’s also recognised the importance of the settlement and they soon took it from the Anglican king. The town began to change hands down through the dark ages, depending on whoever was in charge at the time. 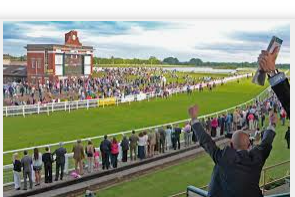 The Normans were less attracted to the place, especially as it became a hotbed of resistance to the new rulers of England. They enforced a terrible martial law that would last for many years. It wasn’t until the Plantngents that Ripon gets a makeover and becomes a centre for the wool trade. This brought wealth back to the city which explains the Cathedral expansion and the development of a Racecourse there.